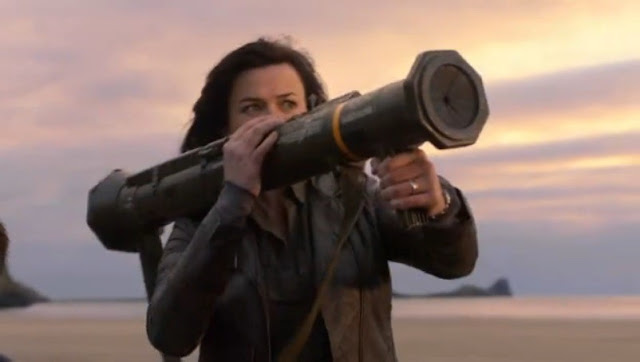 Bazooka Owners Endorse Jeff Morris for Encinitas Mayor
Encinitas mayoral candidate Jeff Morris has snagged one of the most coveted endorsements in local politics.
San Diego County Bazooka Owners (SDCBO) have endorsed Morris for mayor of Encinitas.
“I couldn’t imagine having a better endorsement when you consider what Tony Kranz has done and Cindy Cremona would do to our town,” said Morris. “Having bazooka owners as supporters will help me rid Encinitas of criminals who are ruining our lives.”
Morris went on to further condemn his opponents.
“Kranz has been on the council for 10 years. He hasn’t done a thing for the community. He imported homeless people and criminals. He cut off access to the beach. He’s behind the massive development that’s overtaken our town,” said Morris. “Where’s our quiet zone downtown and in Leucadia? Nowhere! We don’t have one!”
“Cremona is a carpetbagger. She parachuted into Encinitas and only cares about her neighborhood. She’s a New Yawker who’s so new to town she can’t find her way around. She’s a Blakespear clone who’ll break every promise she’s made to the voters. She’s selfish and just looking for publicity,” said Morris.
Morris claimed he’s the only solution to local problems.
“I started Encinitas Watchdog. I exposed corruption in city government. I exposed the non-profits. I harassed homeless people. I condemned developers. I’m the only candidate who can fix all our problems. I’m tough. I won’t cave to the special interests,” said Morris.
Morris concluded:
“If you own a bazooka or just like bazookas, you should vote for me.”
Posted by Your Encinitas Guerrilla at 10:12 PM 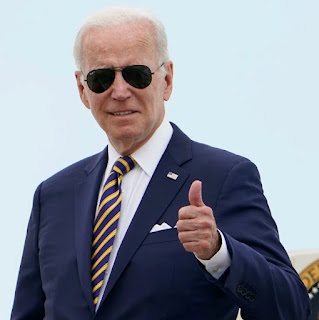 Self-Presumed Encinitas Mayor Jeff Morris Wants Biden’s OK
From: Jeff Morris
Sent: Monday, March 14, 2022, 11:10 AM
To: Joe Biden
Subject: Good Word
Good Morning President Biden,
You’re a regular Joe, so I hope you don’t mind that I addressed you as Joe in the To: line.
I admit that you’re the president of the United States. You won the 2020 election fair and square. The claims that you’re not the legitimate president are illegitimate.
I’m a candidate for mayor of Encinitas, California. Some people here see me as a Trumpy guy because I say only I can solve our city’s problems. And because I’m kind of a loudmouth and braggart like him.
I cut a deal with Trump not to rat on each other. But that doesn’t mean I’m Trumpy. In fact, I go along with a lot you, former President Obama and our current Mayor Catherine Blakespear have done. However, the local Democrat organization doesn’t endorse me.
But you’re a Democrat who has a lot of maverick in him, and you’re not full of malarkey. I think you agree with my plans to squash corruption in city government, pull the plug on profits by non-profits, clear out and clean up homeless camps, get a train quiet zone through Encinitas, and make sure there’s always good surf in our city.
Seeing that you and I see eye to eye, I hope you’ll put in a good word for me with Encinitas voters.
By the way, we both wear shades!
Your amigo,
Jeff Morris
Posted by Your Encinitas Guerrilla at 1:06 AM 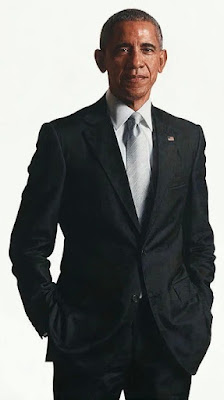 Self-Presumed Encinitas Mayor Jeff Morris Wants Obama’s Endorsement
From: Jeff Morris
Sent: Friday, March 11, 2022, 10:20 AM
To: Barack Obama
Subject: Endorsement
Good Morning Former President Obama,
I reached out to Encinitas Mayor Catherine Blakespear and to former President Donald Trump. I’m contacting you because I don’t want you to feel left out.
You and I are both people of color. You’re half black and half white, so you have more color than me. I have an Hispanic ancestor several generations back. While I have less color than you, it’s still color.
People in Encinitas were surprised to learn that I agree with Mayor Blakespear on many issues. I’m guessing they’ll be surprised to know that I agree with a lot of what you did as president and since.
You no doubt know that I’m a candidate for mayor of Encinitas. Like many cities in California, we have lots of problems. Homeless people, crime, backroom deals and too much development are examples. I know I can solve them all. I have plans.
With your endorsement, I’ll get more votes. It’ll be like election insurance. I hope you’ll endorse me.
Sincerely,
Jeff Morris
Posted by Your Encinitas Guerrilla at 1:40 AM

Lifelong Democrats Will Vote for Republican Matt Gunderson
In an odd trend thought to be unique to the District 38 California state Senate race, many lifelong Democrats have pledged to vote for Republican Matt Gunderson. They are strongly opposed to Democratic candidate Encinitas Mayor Catherine Blakespear.
“Like several of my friends,” said Solana Beach resident Anna Polis, “I’ll vote for Gunderson. It’ll be the first time in my life to vote for a Republican. Blakespear is dishonest. She’s a disingenuous politician who has done grave damage in her city and in San Diego County as chairwoman of SANDAG.”
“Matt probably has the vote of every Orange County Republican in District 38,” said Mission Viejo resident Sam Clemente. “But from what I hear from lots of Democrats and independents, Matt has them on his side too. Blakespear is seen as a poisonous snake here.”
“It’s surprising,” said Encinitas resident Pat Dry. “I’ve never seen an election where there’s so much animosity toward a candidate of the voters’ own party. Sure, some Democrats are sticking with Blakespear, but there are droves who aren’t. Then when you count the indies who are going for Gunderson, wow!, it looks like he has a good chance of winning.”
“The redrawn boundaries of state Senate District 38 stretch from deep into Orange County all the way down to Mission Beach,” said Pacific Beach resident Skip Bake. “We Democrats don’t know much about politics in many D38 cities, but we do know about SANDAG. And we know something about the shameful scandals that have come down on Blakespear’s watch. They’re enough to put the nix on her as a state senator for me and every Dem I know. We’ll vote for Gunderson.”
Posted by Your Encinitas Guerrilla at 1:05 AM 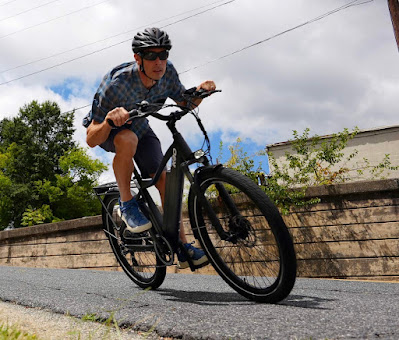 Who Knew? More Bicyclists, More Bicycle Accidents, More Fatalities
As shocking and incomprehensible as it might seem, the increased use of bicycles so heavily encouraged by city governments has resulted in a sharp rise in bicycle accidents. When it’s bike vs. car or truck, the bike always loses. The rise in bike accidents has been accompanied by an increase in fatalities.
On August 23, 2022, the city of Carlsbad declared a state of emergency for bike, e-bike and traffic safety, citing a 233% increase in collisions involving bikes and e-bikes since 2019, and adding that there have been two fatalities in the past 17 days.
Nationally, e-bike sales rose 240% from 2020 to 2021. Because e-bikes are faster than pedal bikes, collision injuries are more likely to be severe and require hospitalization.
No doubt, drivers paying more attention to texts, cell phone calls and GPS screens than to the road contribute to the sharp rise in collisions with bikes.
It seems that every teenage boy in coastal North County cities rides an e-bike. Teenagers’ natural recklessness and self-assurance of immortality contribute to the collision frequency.
A young mom toting an infant and two toddlers on an e-bike and riding in the traffic lanes looked like a risk no sane person would take. But all four wore helmets, so maybe mom thought she and her kids were safe.
More cars and trucks on the roads, more vehicular accidents.
More bikes on the roads with cars and trucks, more collisions with bikes.
Both seem predictable and unavoidable.
Posted by Your Encinitas Guerrilla at 1:25 AM 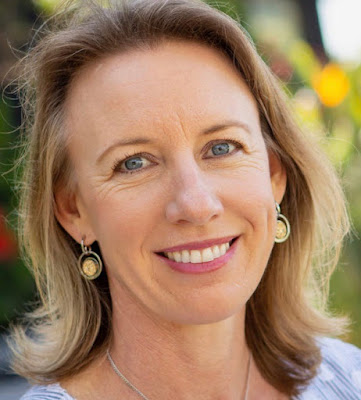 What Will Blakespear Do if She Loses the State Senate Election?
§ Move to Carlsbad, run for and win a City Council seat, persuade Lisa Shaffer to do likewise, form a majority coalition with Councilman Peder Norby, and screw up Carlsbad worse than she’s screwed up Encinitas.
§ Declare the election fraudulent, stage a coup at Encinitas City Hall, abscond with a trove of city documents and hole up at her family compound in Cardiff.
§ Renew her law license, shack up with California State Senate President Pro Tempore Toni Atkins and her spouse, Jennifer LeSar, and represent them in their development projects as their personal attorney.
§ Start a physical therapy business in Encinitas with her husband, Jeremy, to compete with Kristin Gaspar and her husband, Paul.
§ Cool her heels, then challenge Terra Lawson-Remer for her District 3 San Diego County Board of Supervisors seat before her term expires in January 2025.
§ Renew her law license and become the estate-planning attorney for all the friends she’s made in Encinitas and throughout San Diego County.
§ Announce her candidacy for governor of California as soon as Governor Gavin Newsom announces his candidacy for president of the United States.
§ Open a bicycling school in Encinitas with her husband, Jeremy, to teach cyclists how to negotiate the Cardiff Cycle Trap without crashing and having to call 9-1-1.
§ Other (please specify)
Posted by Your Encinitas Guerrilla at 11:29 PM